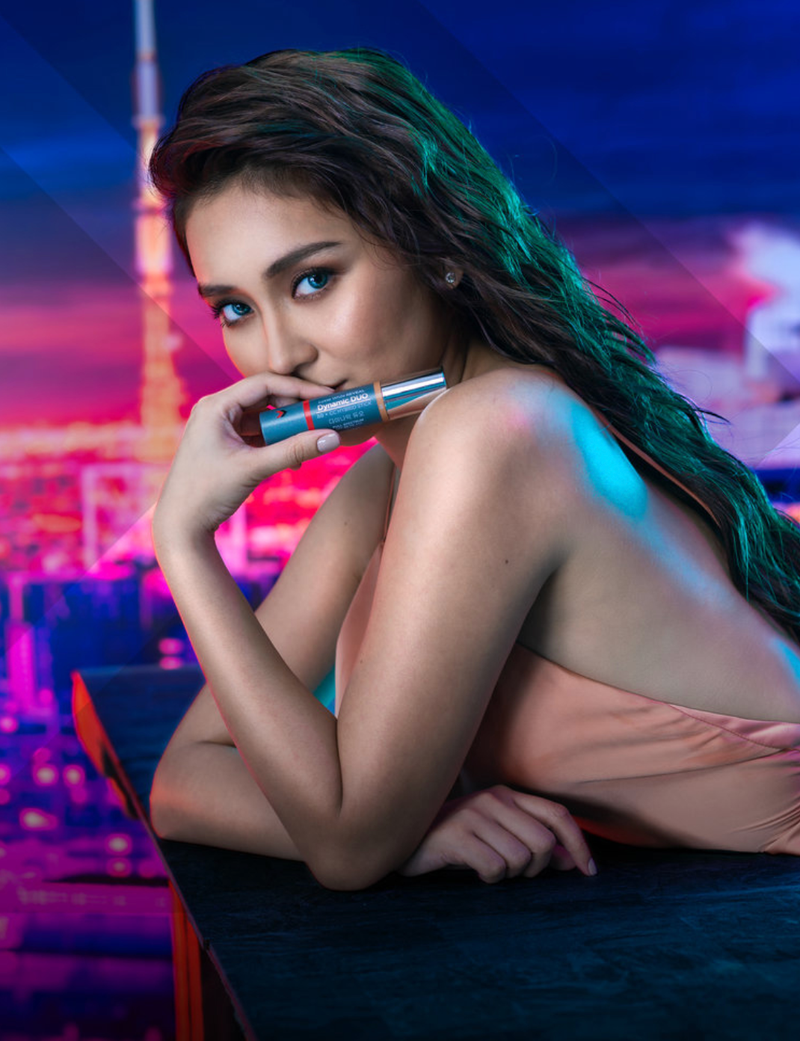 Our present-day “Queen of Hearts”, who happens to be the female counterpart of the #KathNiel tandem, stole the hearts of millions through her touching portrayals in ABS-CBN prime-time seryes and hit movies. Commonly referred to as the “Teen Queen” until very recently, Kathryn has raked numerous roles as a child star and as she moved forward. With the role Mara in the modern-day remake of the soap opera “Mara Clara” as her claim to fame, the young celebrity has proven her versatility and talent in a variety of lead roles - from the long lost Princess Mikay in “Princess and I” to the werewolf Malia in “La Luna Sangre”. We’ve also seen much of Kathryn as the lead actress in films like “She’s Dating the Gangster”, “Barcelona: A Love Untold” and “Can’t Help Falling in Love”, to name a few.

As the true face of fresh, natural and youthful beauty, Kathryn is a true believer of FRONTROW’s Instant Skin Perfecting DD Stick which is 100% made in Korea.